Self Defense Classes For Women

Our classes for women focus on rape prevention techniques and tactics. Learn to spot danger signs and how to defend yourself when no danger signs are given.

This program teaches you how to defend yourself against common chokes, grabs, bear hugs, and other attacks, including fighting on the ground and when confronted with a weapon. We emphasize realistic scenarios and realistic defenses.

The Krav Maga Women’s Program has been carefully developed with valuable input from law enforcement officials, criminal prosecutors, psychologists, physicians, and rape prevention counselors. The Program deals specifically with how and where women are commonly attacked. Women are taught how to safely and effectively fend off an attacker with punches, elbows, knees, and kicks. More importantly, women learn how to defend themselves from worst case scenarios, i.e. when they are already in a choke, bear hug, or headlock whether standing up or on the ground.

When people are faced with a threatening situation, adrenaline is released into their bloodstream causing the fight or flight response. Blood rushes from internal organs into the limbs to provide a short burst of speed and strength to survive the threat. The brain is one of the organs from which blood is drawn and, as a result, the higher brain functions shut down and the brain goes into "low power mode". Mental functions, like sense of time, memory, hearing, and elements of vision, are severely impaired or lost.

However, humans have an evolutionary ability to "super learn" while they are in adrenaline mode. This phenomena comes from our ancestors who, when faced with a threat, reacted and lived. The next time it happened, they didn't need to think about what to do, they just did it...automatically. Those that survived passed the ability down the line.

The program incorporates training methods to build women’s’ fighting spirit and to train them how to respond both mentally and physically in a time of need, eliminating the danger of “freezing” or “shutting down” in confrontations. Women receive hands on training in simulation based scenarios that may include attacks at ATMs, parking lots, etc.

In addition to regular classes, Krav Maga of Orange County offer seminars that are tailored to women. In those seminars you will learn verbal and body language skills that can prevent an attack, as well as defenses against physical threats. To heighten the realism and adrenal response, in some seminars you might be practicing your self-defense techniques using full-contact against heavily padded assailants. During the seminar, these practical reactions to varying levels of modern threats will become ingrained into your psyche and become automatic reactions. 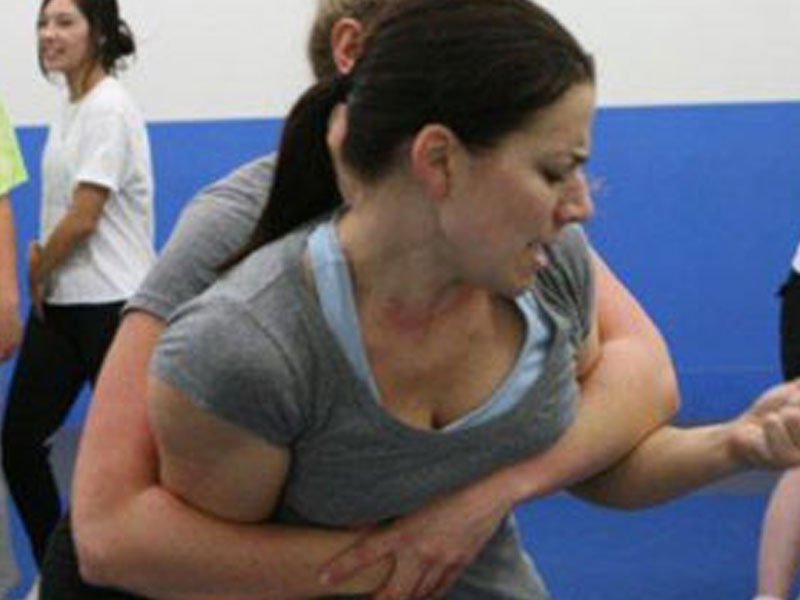 For More Info About Our Women's Program: